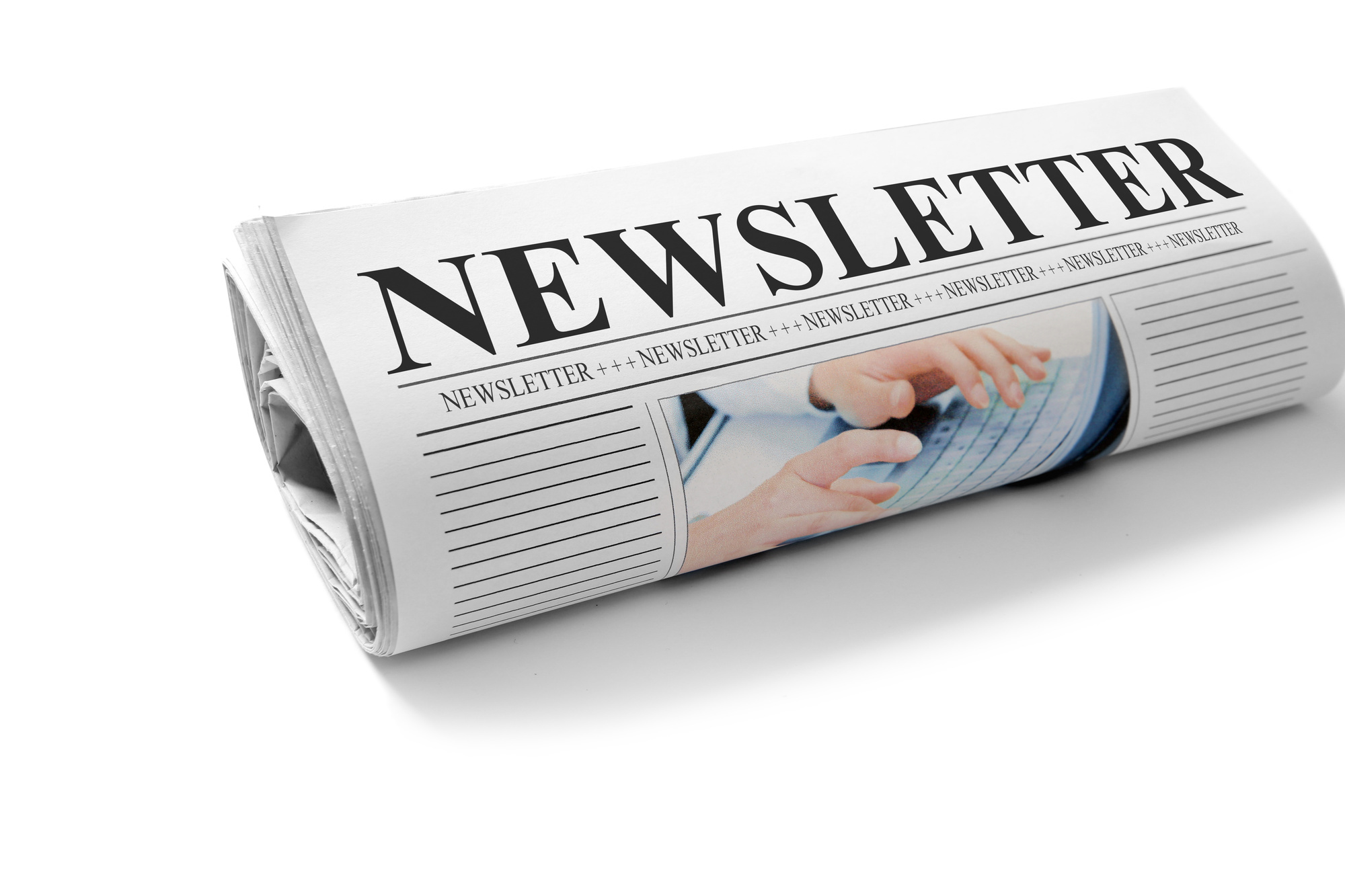 A message from our Club Captain:

As the current season ends, our club is about to enter an exciting year ahead which will be both historic and memorable for all our members. This has been a long journey for us all with Covid-19 but one that is about to conclude very soon.

For myself personally, I am very excited to be a part of working alongside an extraordinary group of coaches that dedicate their time towards the development of our young talent of Athlone Boat Club. My focus is to work closely with this coaching team so that we can support both ourselves and our junior members of the club and help to develop their talent as they continue their journey with us.

Finally, I wish all our members of Athlone Boat Club the very best of luck with the coming season. I assure you that myself and the wider committee will work very hard to ensure we allow your journey to be both enjoyable & memorable. Club Captain- Nick Friel 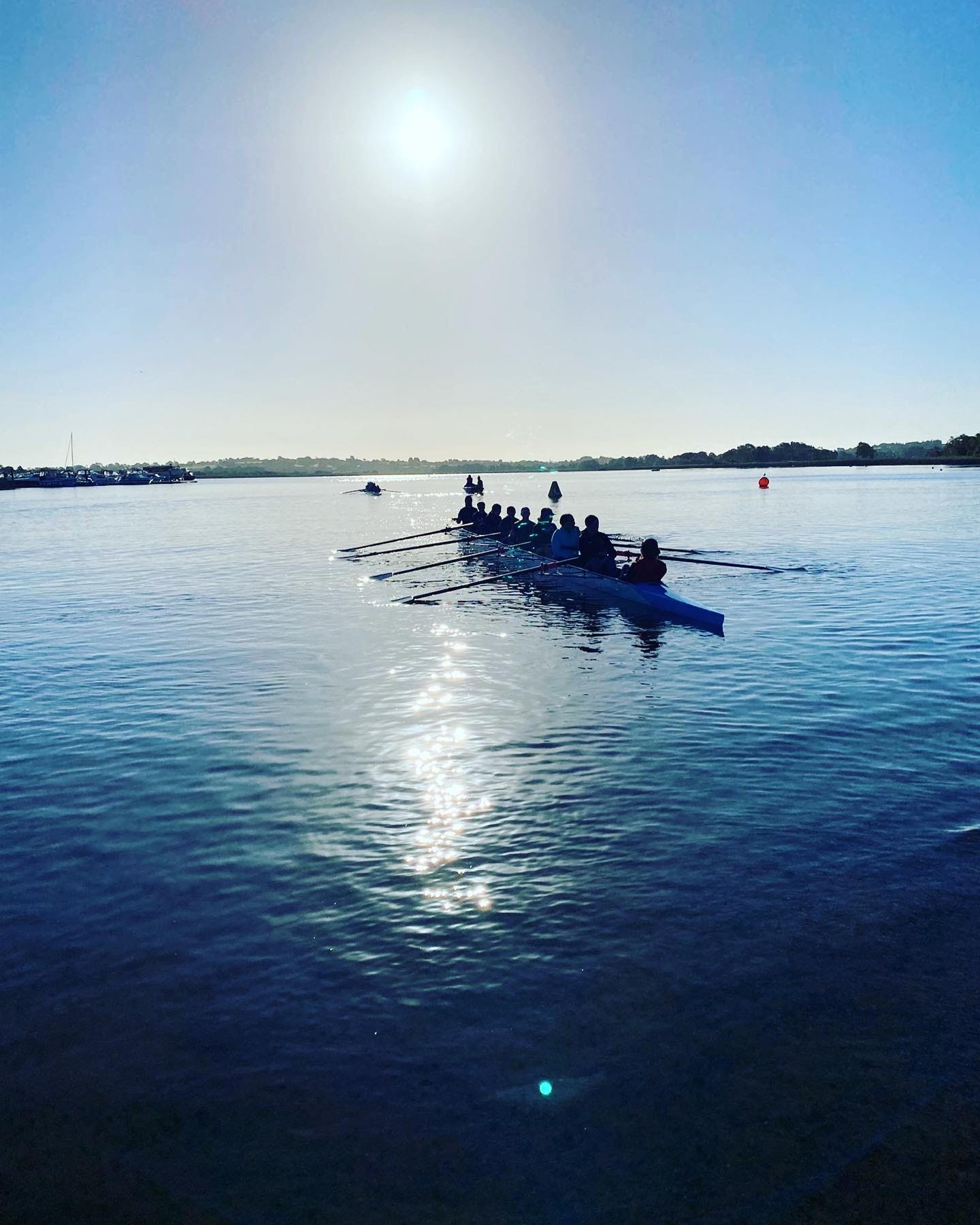 Over the course of the last two months the club has been very busy on and off the water. With exceptional performances from both Martin O’Grady and Donagh Claffey in their Irish rowing adventure at the World Rowing Junior Championships. We then moved onto Martin O’Grady, Thomas O’Brien, Donagh Claffey and Cillian Lynum as they claimed gold medals at the national rowing championships in Cork. Our men’s masters also had some great wins at the Cork Marina regatta, Paul Gallen and Alan Kenny won in both their scull and double competitions. Paul’s last win at this regatta was back in June of 1970! He won gold along with the famous Marist College Crew of 1970 -- Des Campbell, Denis Earley, John Macken, Tony Henshaw, Paul Gallen, Frank Kean, Michel Kean, and cox Cyril Dully. This mighty crew in 1970 won the majority of their races that season and are still fondly spoken about to this day. 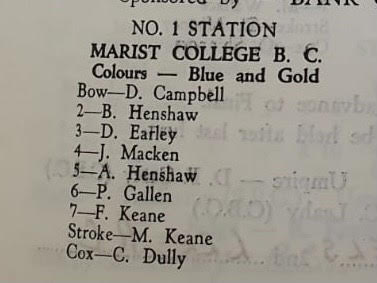 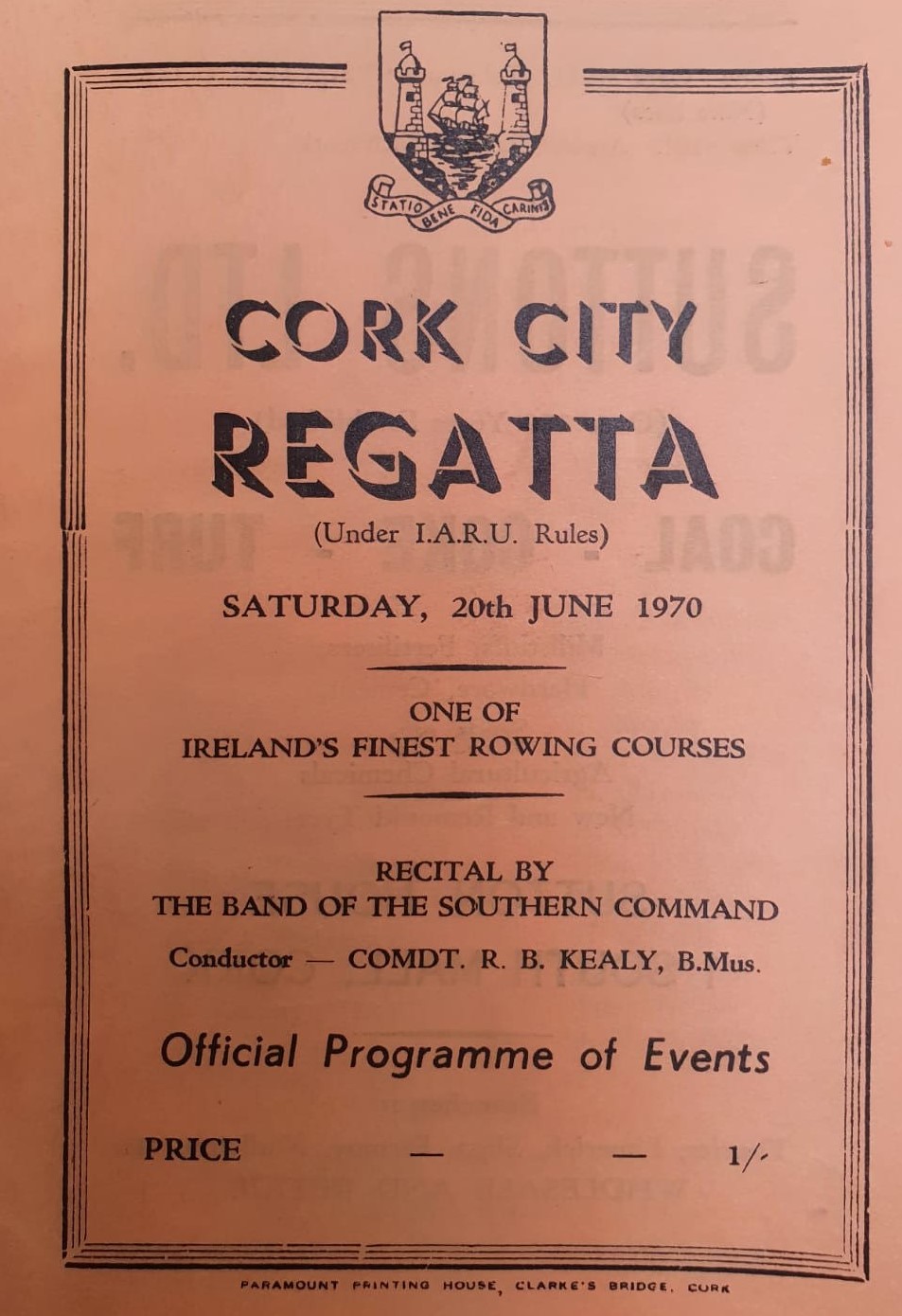 The new season looks bright: The club is very lucky with the large number of junior rowers representing Athlone Boat Club and we look to the new season with optimism to the large number of young rowers who have returned to continue the success of this past season on the water. With a massive grouping of female and male junior rowers returning to the club the season ahead looks very bright for all crews. Membership is closed to new members at this time. Running is now back at 'Technological University of the Shannon: Midlands Midwest' here in Athlone for all club members every Thursday night. 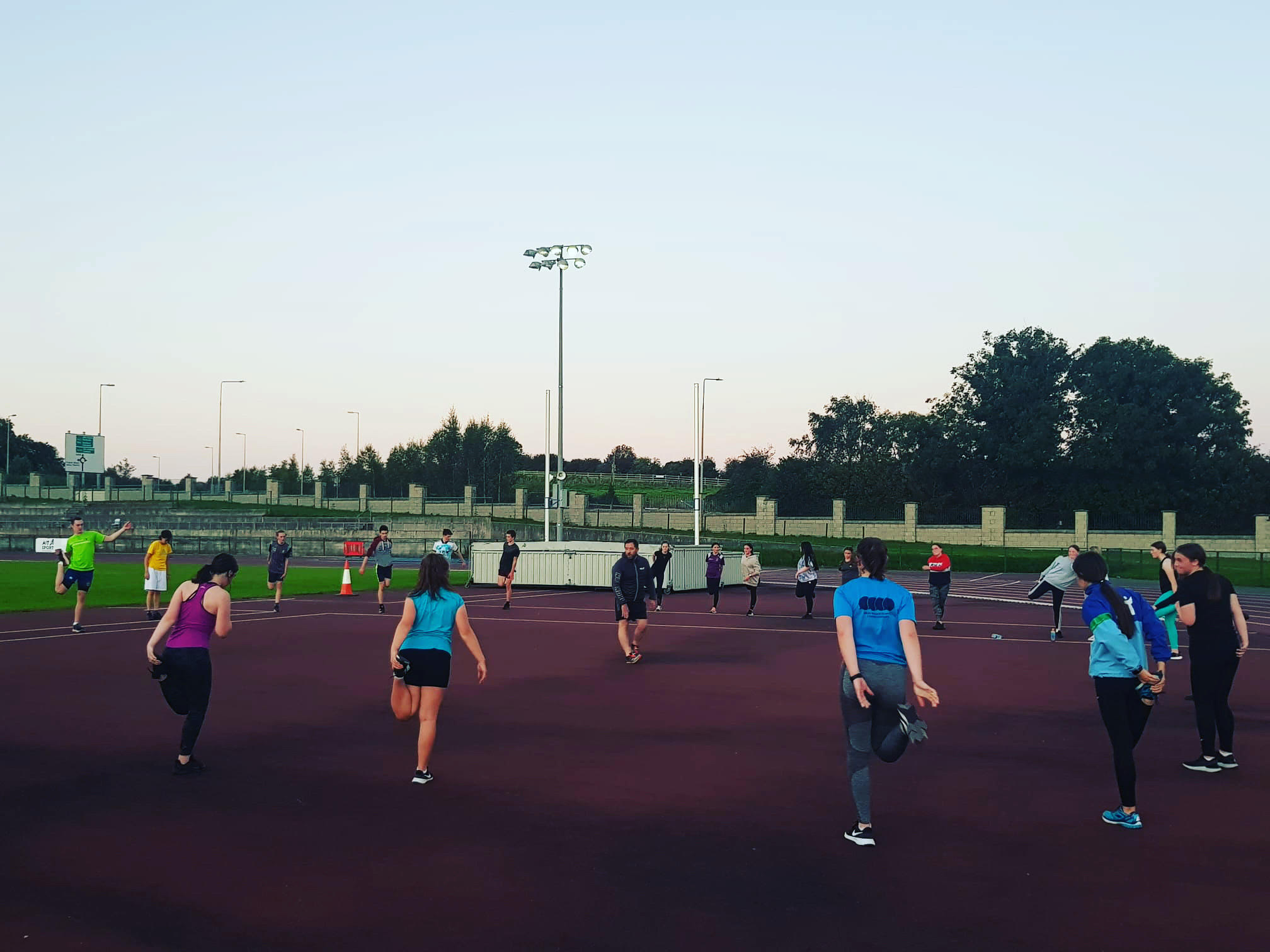 Next up is the Tullamore time trials for our female and male junior rowers. Good luck to all in their first event of the season.

A building that will stand the test of time- The club committee and development committee have been working extremely hard under covid restrictions to take this development to the finish line which is now in sight. The building is now getting a good cleaning, the builder is getting ready to handover the new development for the club to start the raking system for the boats and to kit the new facility with equipment.

- More news to follow in next months (Octobers) newsletter. 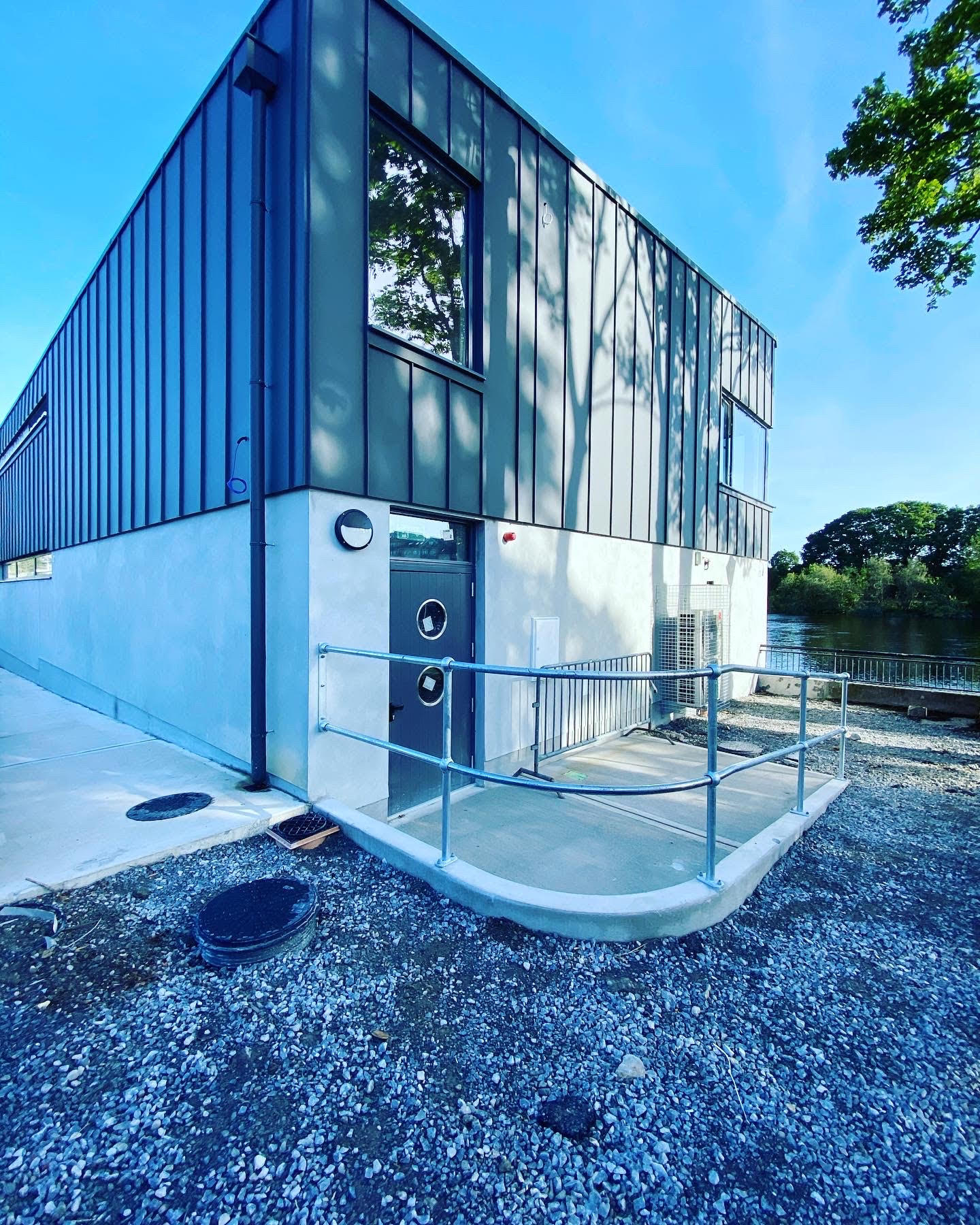 Over the summer the club held a very exciting draw called the “Rio Boat Naming Rights Draw” Brothers Gary and Paul O'Donovan from Skibbereen in County Cork created Irish sporting history in this boat by winning a silver medal in this lightweight double scull at the 2016 Olympics in Rio. It is the first ever Olympic medal for Irish rowing. The club sold a whopping 318 tickets for this draw under some tight Covid-19 restrictions and the draw was held on Sunday the 5th of September 2021 at the new club house. We had two independent observers (John Madden and Sergeant Bobby Ferry), the draw was completed by Athlone's Pete Casey who has supported the club with our promotions of fundraising this past year. We were delighted to announce that the winner of this draw was "Kenneth Waldron", a former club member. We cannot forget the support provided to the club in the week running up to the draw taking place by the Nugent brothers (Dermot and Michael) of the Snug Bar, their promotional video can still be viewed on the clubs Facebook, Instagram and Twitter pages. We would like to thank all business, individuals, families, club members and supporters for buying a ticket for this draw.

The name of this boat will be announced in December with a traditional blessing to be held at the new club development. 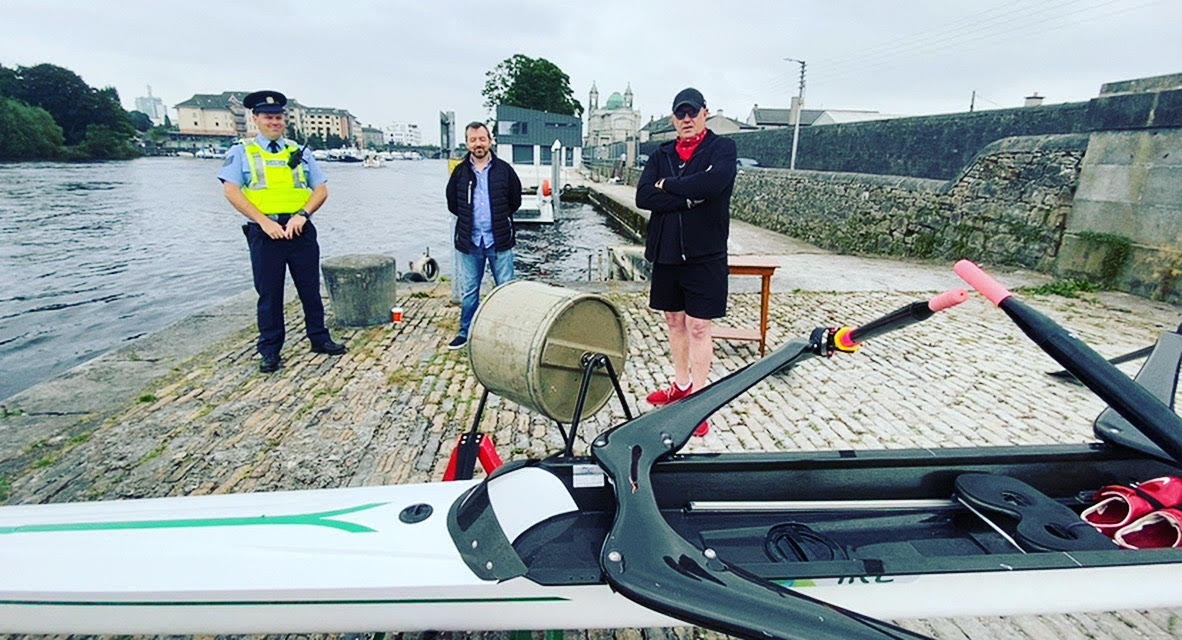 The great swim from Wine Port Lodge to Athlone

In September club member Nick Friel and his partner in crime Emmet Kelly took to the water from the Wine Port Lodge to the new club house in Athlone. A course which took approx. three hours to complete in what can only be described as difficult and cold. A massive achievement for both men, and a massive fundraising push which created over 2,500 euro of funding for the new development.

On Thursday the 17th of September 2021 the club elected a new committee for the new season ahead. It was attended by a great showing of support by club members and a great selection of individuals put their names forward to support the club for the new season ahead. We would like to thank all outgoing committee members for their work and dedication to the club during their time and welcome the new committee members to their positions.

What Athlone Boat Club has on offer during the next three months is mouthwatering:

· Bonus Ball draws are back in action for October- Thank you to Re-Charge I.T. (Athlone & Mullingar) for donating a new “Nintendo Switch Lite” which will go on offer at €10 a number- Ticket sales via Facebook, Twitter, Instagram and website sales. 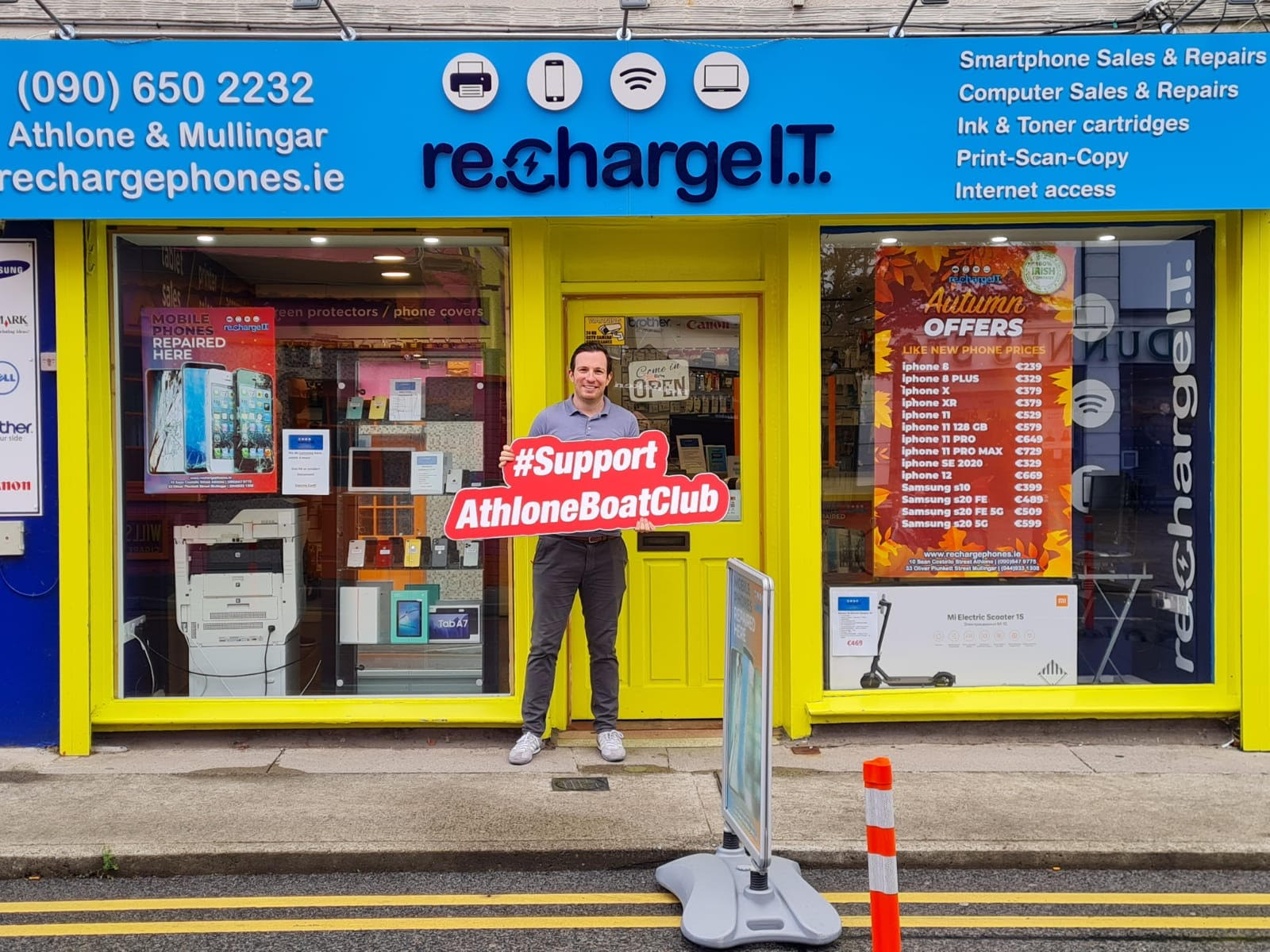 · We will hold a “Black Tie Night” in the Shamrock Lodge Hotel on November 27th, 2021 (Tickets Only) – Enquires to athloneboatclubpro@gmail.com